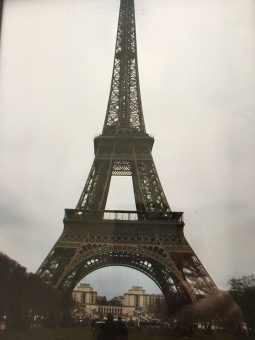 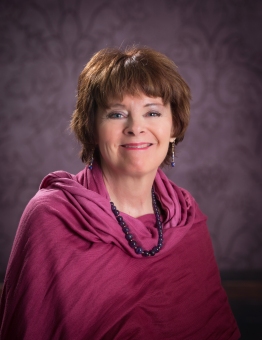 This past March, I lost a bit of Paris, the pashmina I bought from a vendor on the Champs-Elysees, on my first and only trip to Paris nine years ago.

I’m wearing it in this head shot. I muscled my way into this trip when a good friend and colleague, Linda, told me she and her best friend were going to take a girl’s trip to Paris. I asked to tag along, and said I’d sleep on a pull out. Linda’s friend decided not to go, so it was just the two of us.

I got Rosetta language tapes from my local library to learn some Francais, and learned how to ask where the women’s bathroom was, although I had to ask how to flush the toilet, and purchased three tickets for the first level of La Tour Eiffel, rather than one ticket for the third level. (They were very nice about refunding my money and getting me the ticket I wanted).

We saw the Mona Lisa at the Louvre, toured the Musee d’Orsay and got stranded on a Metro train near Notre Dame that stopped its runs for that day.

I’ll never forget the man who saw me and Linda sitting there, in an empty train, waiting for it to start up again.

He said, in English, “Train is done.”

We got off, went shopping, and drank the best brandy I’ve sipped in my life.

This week Harlequin discontinued a number of their lines, leaving many wonderful authors and editors stranded.

Those lines are done.

I hope they went shopping and sipped brandy.

I can buy another pashmina (although it will never be quite the same).

The Harlequin editors and authors will hopefully find new homes and places for their work to shine.

But Harlequin will never be quite the same, either. Pieces of it are gone.

But I have the images on film (digitally, and hard copies) of both Paris and me wearing my pashmina and we have the stories these Harlequin authors and editors worked on to make them the best they could be, in print and digitally.

I’m not sure I will get back to the Champs-Elysees (although I would return tomorrow if I could) or if Harlequin will bring new lines in to replace the ones they’ve cut,  or bring those authors and editors back onto the train.

And it just plain sucks.

One thought on “Losing a piece of Paris”